The Ancient History of Mohyals/ as taught per our Elders

Popular posts from this blog 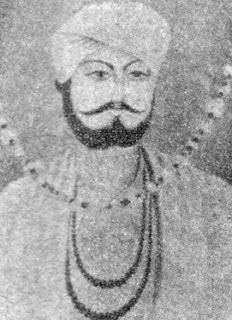 Mohyals - the Militant Brahmins of Punjab   There is a saying that if you are to trace the house of the Mohyal in a Punjab village look for the crows sitting on the edge of the roof. lf you find a flight, just go ahead of the house it is likely to be of Mohyals. Traditionally the Mohyals have been known as the meat eaters or Jatt Brahmans of Punjab. They have a very very noble heritage behind them. They were the sovereigns of the Punjab before the advent of Muslims emperors. There are some who believe that even Porus who faced Alexander the great was a Mohyal. They are known as Brahmins but they never took to ritualism of Brahminism neither did they accepted alms or Puja daan. Like his earlier famous articles on Khatris and Jatts of Punjab, it is B.S.Goraya again who turns the pages of history and links them to date in his avowed series on the castes and tribes of the Punjab.      Bhai Mati Das was sawed in two pieces in 1675 A.D. while his other companion Sati Das was boiled alive a
Read more

March 08, 2011
Datt Datt or Dutt is a Brahmin clan from the Punjab . They are one of the seven clans of the Mohyals who are Saraswat Brahmins of the Punjab. The six other clans are Bali, Bhimwal, Chhibber , Lau, Mohan and Vaid . Most Datts are Hindus , but like most Mohyals, many follow Sikhism and other religions as well; their gotra is Bharadwaj . Some Datt Brahmins migrated eastward and mingled with Bhumihar Brahmins and became one with them Gotra Datts claim descent from Rishi Bharadwaja and derive their gotra from his name. Some consider Gaj Bhavan , the grandson of Bharadwaj to be the real founder of their clan. All Datts are Saraswat Brahmins of Punjab. Etymology The word Datt is derived from the Hindi word daata meaning a charitable person. Some interpreted it as a corruption of the word Aditya which means 'sun' in Sanskrit ; the surname is unrelated to Datta , one of the five clans of Bengali Kayasthas . Traditionally Mohyals of the Datt Clan have the last name
Read more